“You need to grow out of your shell.” I hate that expression, it’s appalling. When I was in elementary school the teacher would always say, “she is so shy, she needs to grow out of her shell.” Not, “even though your daugher is in first grade she reads on a sixth grade reading level.” Somehow this shell that I thought made me sound pretty ugly and grotesque was more important than intelligence in a grown up worlds perspective. Somewhere in the beginning of the 1900’s (I blame Dale Carnegie) we changed from a Culture of Character (citizenship, duty, golden deeds, honor, reputation) to a Culture of Personality (magnetic, fascinating, dominant, forceful). So what? It’s created a large mass of population who will always feel inferior, either due to true shyness or even a genetic introversion. Introversion is hereditary and can’t be beaten or taught out of the child, it is an integral part of who they are. So regardless of the intelligence of the child, they are taught social behaviors to help them develop into something they aren’t, a forced extrovert. Which in turn secretly tells them they are inept, less able than their naturally extroverted contemporary. Our focus has become warped by this constant focus on personality over character, it has created an obsession with looks, and success and somehow denigrates true brilliance. No wonder we have become a nation who always feels anxious and tense. We are always fighting our very own nature because society tells us we must. In fact it was only recently when I began to read, “Quiet: The Power of Introverts in a World that Can’t Stop Talking” by Susan Cain, that I realized I’m not defective, the world is. I used to believe I was shy. I’m not shy at all, I find it easy to speak with a passerby when I need help with something. I am a quiet thinker and listener, an introvert. I think a lot of the people I meet in SL and the real world probably are too. They just have been taught not to act it. It’s not us that needs to change its the view on this character trait that does.

I honestly could go on and on about this. I won’t though. So take from? Just know. I’m okay and you are okay too. Don’t ever feel you have some flaw if you prefer to write your feelings out, or prefer staying in with a book instead of going out to socialize at some mad party. It’s okay, it’s how you relax. Your probably an introvert like me. People are different and these differences mean absolutely nothing. Besides, some of the best things ever created were created by introverts. Without Sir Issac Newton, Albert Einstein, Theodor Geisel, Charles Schulz, Steven Spielberg, J.K.Rowling, all introverts, we would have no theory of gravity, theory of relativity, no Dr. Seuss, or Charlie Brown, none of the many and wonderful movies of Steven Spielberg, nor the Harry Potter series of books. I feel a little better about myself, a little more balanced, I hope you do too! 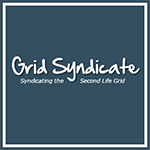