Let us be grateful to people who make us happy, they are the charming gardeners who make our souls blossom. ~Marcel Proust 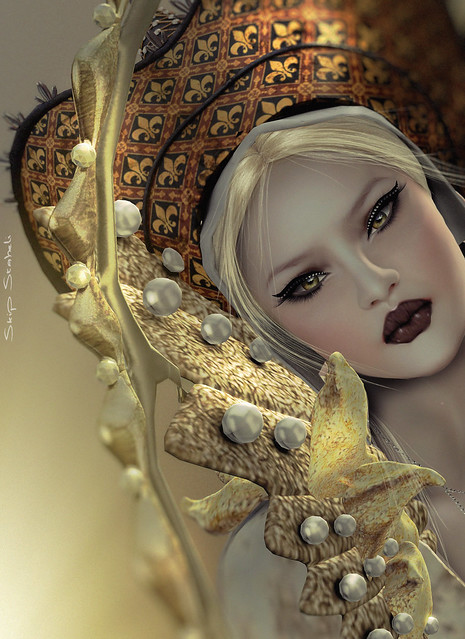 Skip Staheli was one of the first Second Life photographer’s I ever hired. Not because I was any sort of model, this was way before then. Though I don’t really think of myself as a model even now, I am a sort of an accidental one. I didn’t choose modeling, I hardly knew it even existed back then, it later chose me. I simply enjoyed his pictures on flickr and I had a sort of dilemma it seems. I have this huge heart for creative art, and wanted to create a virtual world equivalent, but I lack in any true talent to create it. Though many don’t believe it, Skip and I, we are the poster children that male/female friendships can work, without the distractions of attraction, when two love each other enough to push each others creative natures to the limits, for it seems, what I lack in talent, I at times make up for in inspiration. At least, that’s what I’ve heard him say often enough. Don’t get me wrong, I’ve shown him a few pics and been met with a resounding, um, no. But for the most part he has humored me through the years. And for this kindness, I am forever grateful to him, my dear friend who is a present to me through the gift of Second Life. 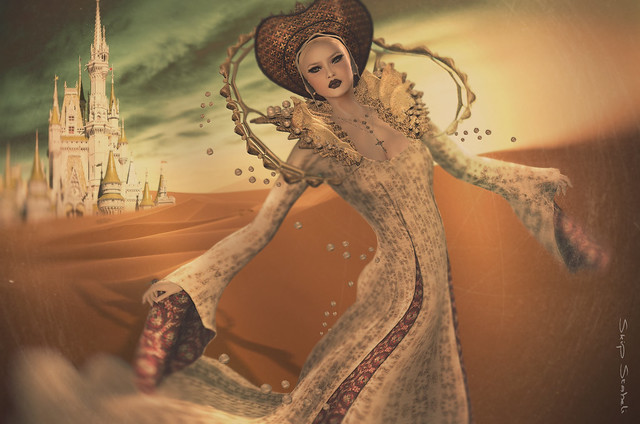 In fact, I’ve oft felt it is the correct time to pack up Cao’s little virtual suitcases, hang up her hats and knickers, turn the lights out and walk away. Heck, probably more often then I should mention here, especially lately. But usually about the time I say, “this is really it” I realize it’s time for another of my “scheduled a year in advance” appointment’s with Skip, I dust off my brain and I begin to create a style again. The thing is, Skip, my Nicky Dee, he isn’t disposable, I would never be able to replace him, or his meaning to me with a real world equivalent, because he IS a real world equivalent. He’s the yin to my yang, the Shrek to my Donkey, the Hemingway to my Gertrude Stein, The Thelma to my Louise. the list could go on and on, but I think, you get it. 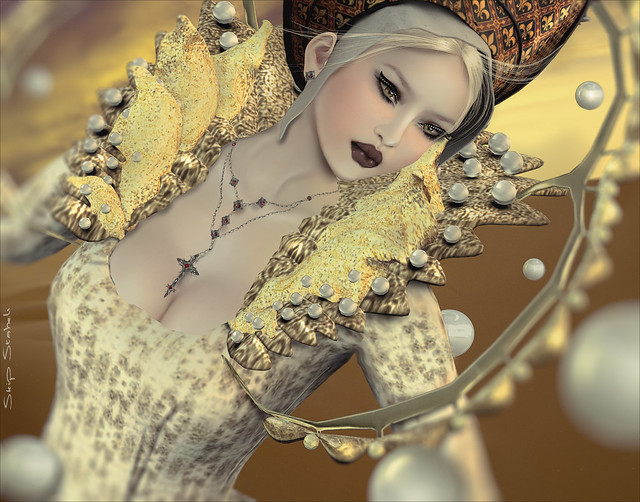 The take from? I know I constantly blog that people in virtual worlds are evasive and you can’t ever really know one another. In fact, Skip and I have mentioned this to each other at different points in the life of our friendship. How have we overcome this bias in one another through the years? It’s our willingness to trust we have each others best interests at heart. It’s a friendly love borne of a deep respect for each other and a constant willingness to just be kind. The point? I don’t know honestly, other than to thank him for all he has meant to me, for the kindness and respect he bestows on me, and the love he shares with a silly lil Cao. Not much of a blog, but I think, for now, it will do. If you would like to see some more of our corroboration check it out here: http://www.flickr.com/photos/caoimhe_portfolio/sets/72157629807486203/ Or if you’d like to see Skips portfolio, click here: http://www.flickr.com/photos/37690108@N05/

10 thoughts on “Willing to Trust”