You’re never too old, too wacky, too wild, to pick up a book and read to a child. ~Dr. Seuss 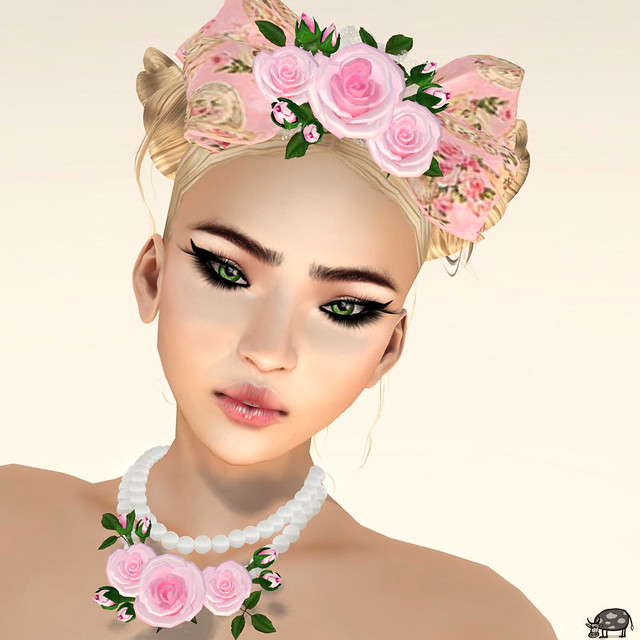 I love books, don’t you? Starting today, I am going to do the alphabet blog. Each day you have to pull something from your inventory using a letter of the alphabet. Since I am three days behind, I’ve lot’s to do, so looky here’s an A, B, and C shown just for you! Adorable ***Ambrosia*** Dress, Bunnies galore and even a camera I bought at the store. 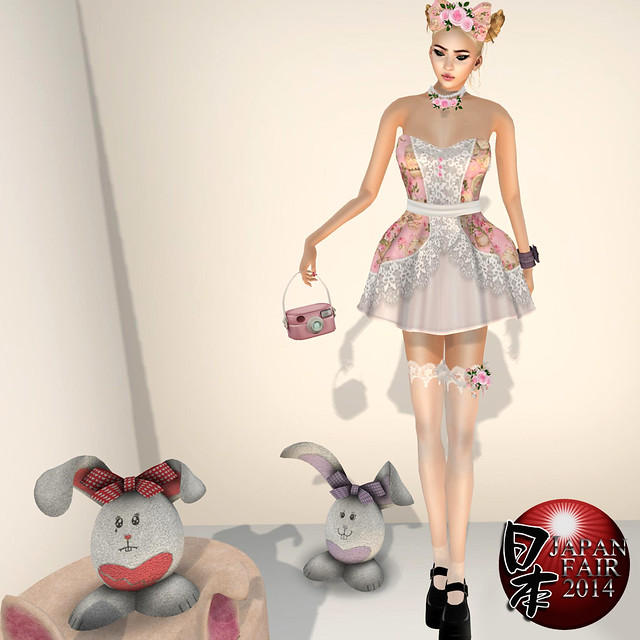 We are very happy to introduce to you “Japan Fair 2014”, a Japanese themed charity event. This event will be from April 5 to April 20, and we will introduce many amazing creators, artists and entertainers, all from Japan, to the rest of the world.. 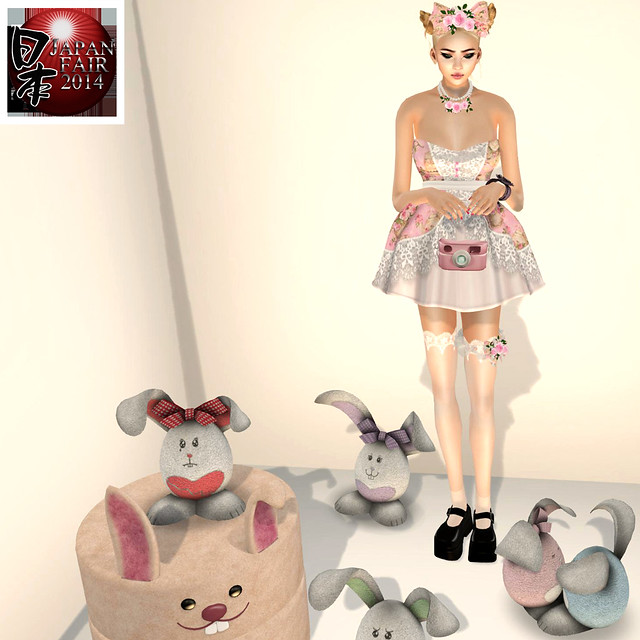 You always have to watch these bunnies, did you see that? they are multiplying! –.–

This event is also an official charity event by ShelterBox, an organization that sends aids and supports countries that has suffered from major natural disasters. In 2011, in the midst of the horrible Japan Tohoku Earthquake and Tsunami disaster, Japan received a tremendous support from all over the world, and we wanted to re-pay this one way or other. ShelterBox was one of many organization that supported us, and chose this wonderful group to work with for Japan Fair 2014 event.

We have an amazing 62 brands joining us for this event. Not only are there clothings, but jewelries, cars, poses and animations, and many various genres. We are certain that it will be an amazing event.

The SIM has been designed with a traditional Japanese Garden theme. Each runway shows and entertainments will be performed on a stage built with the theme of “Noh”, a Japanese traditional theatre. Please stop by our beautiful SIM and explorer the Japanese culture.

皆様にお会いできることを楽しみにしています！
We are looking forward to see you at the Fair!

9 thoughts on “Too Wacky”