Bride: A woman with a fine prospect of happiness behind her. ~Ambrose Bierce 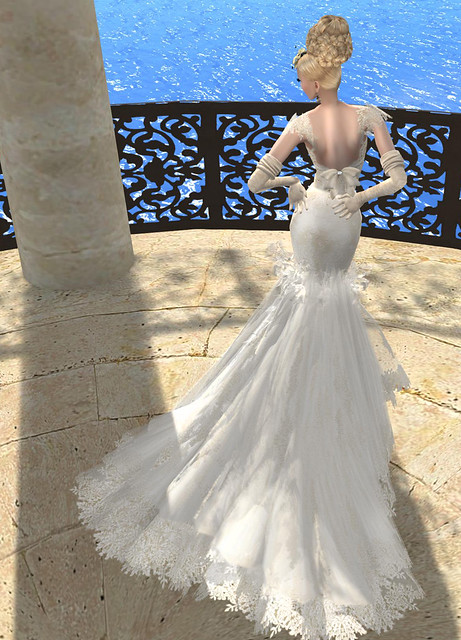 Something really funny happened to me in May. No seriously. And I’m not talking about the engagement that wasn’t, or was it? Well technically I did say yes, maybe, but obviously he understands I mean perhaps in about twenty years or so when I am really, really sure it’s not the biggest mistake of my life. But this isn’t about that, this is about Second Life. Two publications enlisted me to be a part of their magazines, not as some fancy haute couture model, no, not that. As a bride. Me. I wonder if they know me a’tall? I reckon the last time I had a picture done as a bride in Second Life was in 2010 when me and Skip took the picture of the runaway bride (below). And heck, even that wasn’t truly in a wedding gown. 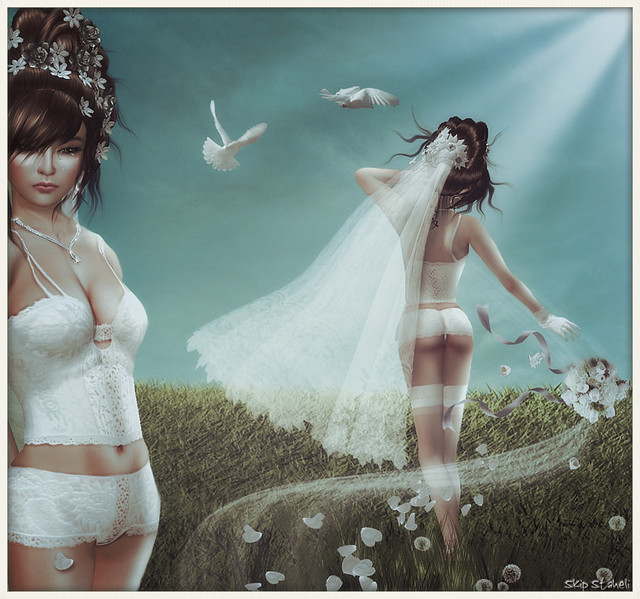 The strangest part to me is I was asked to shoot the pictures too. I know, me. The Kodak toting instamatic point and clicker. But I was excited none the less. These pics were for an amazing magazine called Inovare which was released last night. I’ve already read it cover to cover and I hope you will give it a look because the fashion and the photography in the magazine is stunning! Kind of makes my pathetic attempts at pictures seem less than stellar. 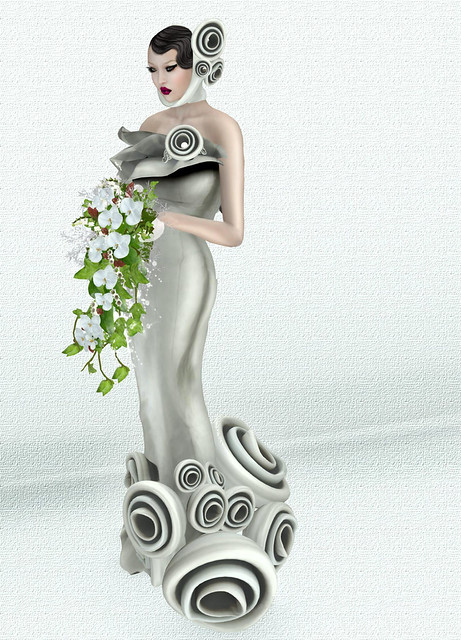 The take from? This is probably the only wedding dresses you will ever see on this solitary little Cao, but I hope you all find the one true love of your dreams. In the mean time, I’ll settle for having an exciting and fulfilling weekend instead. =)