Promises are like the full moon, if they are not kept at once they diminish day by day.~ German Proverb 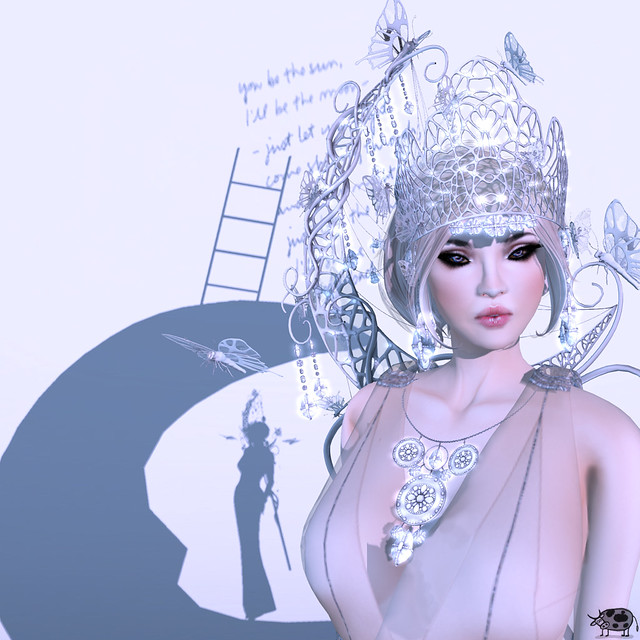 Blame it on the moon. If you’ve not used it before, I bet you’ve at least heard the saying once or twice. Especially if you know an ER nurse or a cop. Who hasn’t been in rapture or torment at the sight of a moon? Depending, of course, if you are in the arms of a lover or overhearing the sound of a wolf. We know the moon effects the tides, being made of mostly water, why would it not effect us as well? Shakespeare certainly felt it did in “A Mid-Summer Night’s Dream.” He used the moon to represent both chastity and Sexual desire. The first when Theseus warns Hermia that becoming a nun will subject her to “To live a barren sister all your life / Chanting faint hymns to the cold fruitless moon”, the latter in the references of Lysander often serenading Hermia “by moonlight” or the lover’s chasing each other in the woods “in the moonlight.” 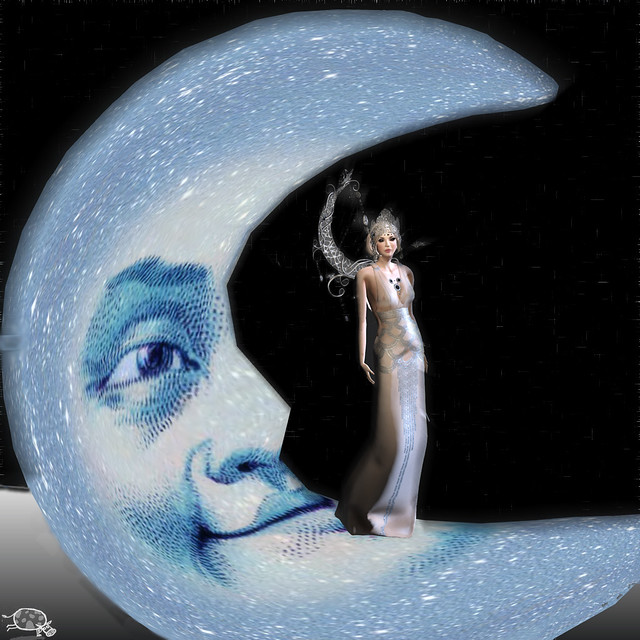 Lately I’ve been thinking Second Life has it’s own virtual lunar cycle, because I’ve met a few lunatics in there. It’s worth a moments thought or two. And don’t stick that head in the cyber dust, you know exactly what I mean. Oh! I almost forgot, the take from? I think I make a really hot Goddess Selene . But right now, you can too thanks to .Enfant Terrible. and the Fantasy Gacha Event. But heck, don’t take my word for it, check it out yourself. Here, I even included the taxi for you. I’m kinda nice like that. 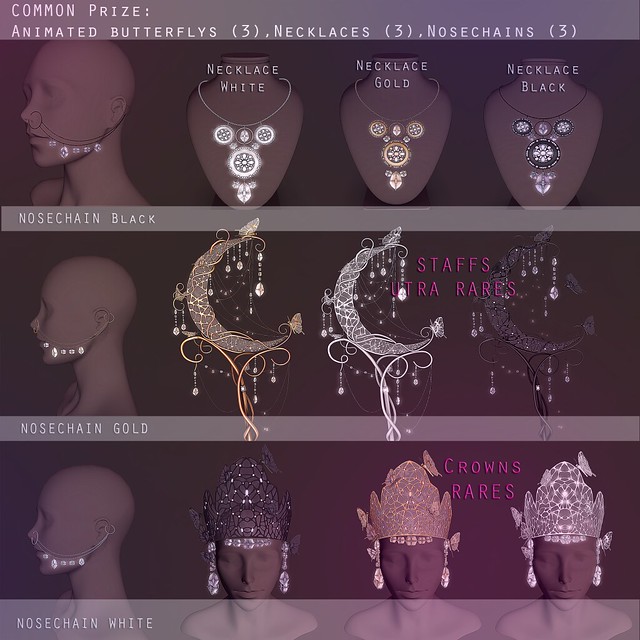 2 thoughts on “Promises Made By the Light of the Moon”