All labor that uplifts humanity has dignity and importance and should be undertaken with painstaking excellence. ~ Martin Luther King, Jr. 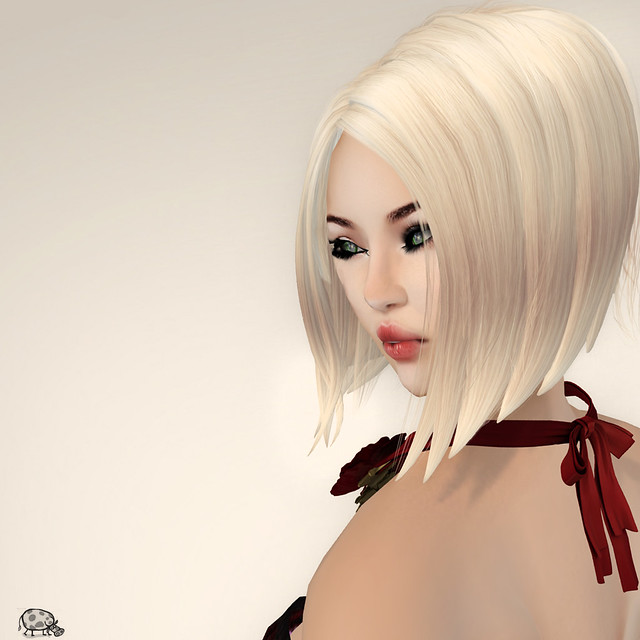 In 2004, where I live was hit by 3 hurricanes in the matter of weeks. I went fourteen days with no power. Not always a bad thing, but where I lived had a well and septic meaning I went fourteen days with no running water or toilets. I can’t quite tell you how traumatizing the event was, I lived in a world that on the outside was moving on, I still had to go to work, to live with no air-conditioning on 100 degree days, throw out food from the fridge and freezer that spoiled and could no longer be eaten. Frankly it was a traumatic ‘ell that I’d never like to live through again. But in the grand scheme of life, this was nothing but a trivial mishap life handed me. Every year hundreds of thousands of people lose their homes, possessions, their livelihood to natural disaster. Thankfully there are programs like the Red Cross whose top priority is to provide food, water and medical care to help people survive the immediate aftermath of a disaster but if you’ve ever seen the photos of these natural disasters, most of the areas are left with a ravished, uninhabitable catastrophic destruction. I have always felt comfort in sending money to the Red Cross to help, but not once did I even consider where these people will live. Not “being there” it’s easy to not consider all matters of human dignity. 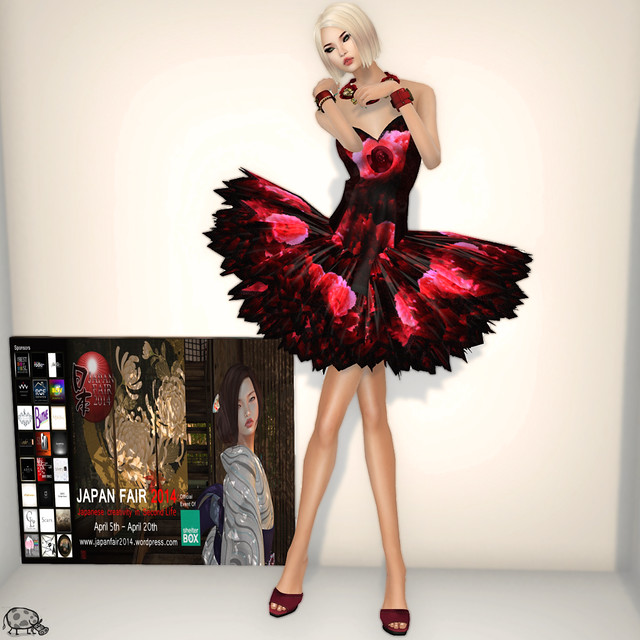 The Shelter Box ( http://www.shelterboxusa.org ) is a not for profit organization whose goal is to reach out to at least 50,000 families of catastrophe each year. They are the premier international aid organization that provides emergency shelter and life-saving equipment following disasters such as earthquake, volcano, flood, hurricane, cyclone, tsunami or conflict. Supplying the victims with extended family tents, because without protection from the elements, survivors are at a higher risk as they await nourishment or medical attention. They supply the other things families need to survive too. Things like the extended family tent, blankets and insulated ground sheets, mosquito nets, water purification kits, basic tool kits, a wood or fuel burning stove with pots and pans, and even some activities for children. In fact their website’s mission says it all, “OUR MISSION is to deliver humanitarian relief in the form of equipment and materials that bring shelter, warmth and dignity to people made homeless by natural or other disasters worldwide.” 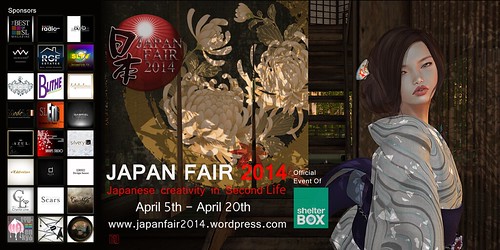 I know, I’ve said a lot today, but this just seems so important if you think about it. Is anyone’s life really so expendable that we shouldn’t try to help them? To bring them dignity and aid? The fact that this charity is tied to the 2014 Japan Fair? Well, that speak volumes doesn’t it? A country devastated by an earthquake and a subsequent Tsunami wants to help pay it forward. 2014 Japan Fair is being held April 5 through April 20, 2014. This is a unique charity involved fair in that it’s designers are some of the best Japanese designers on the grid offering their work to us all at one stunning Japanese inspired venue in a sort of Eastern supplier meets Western consumer inspired marketplace. Come join us and see for yourself the incredible creativity of these designers because besides the benefit of helping Shelter Box it’s a way to meet some of them for the first time. And don’t think this just a “what to wear fair” this is an “every thing your heart could desire fair”. Think big, think clothes, cars, furnishings, accessories, if they create it, it’s available. Each designer has created an exclusive item to sell in which 100% of the proceeds will go to the charity and on all other items 15% of the sale price is donated by script to the charities avatar account. At the end of the event the entire account will be distributed directly to Shadow Box and the receipt of the transaction will be transparent on 2014 Japan Fair’s blog-site ( http://japanfair2014.wordpress.com/ ). I don’t know about you, but I call that a win-win. You give to help, get to receive an item in return and you also get to explore these designers who you may not have heard of due to language barriers. From where I’m sitting, that makes my day just a little sweeter. How about you? But don’t take my word for it, check it out yourself. I know you will be glad you did. SLURL coming soon.